A tragic story unfolded in Durham, NC last week, resulting in one dead dog and two people mowed down by an illegal driver- all due to a lack of a leash.

I am incredibly saddened and incensed that an unleashed and unsupervised dog innocently created such a terrible series of events with an as-yet-unknown outcome for a truly innocent, good person, Stephanie Wilson, who is currently fighting for her life. While King’s owner may have not had his dog on a leash and let his dog follow another dog onto the street and then get hit, Stephanie Wilson has dedicated much of her life to saving animals, among other volunteer pursuits.

The eight-month-old pit bull puppy, King, is just one of the latest canine victims this year in Durham. First of all, he should have been on a leash while in that parking lot with his owner, Jonathan Parker. Secondly, had he been on that leash, he wouldn’t have followed another dog into the street to be hit by an as-yet-unknown driver. Thirdly, had he not been hit, Parker and Wilson wouldn’t have been standing over his body when Margarita Hernandez De La Cruz, who according to the News & Observer, was “cited for driving while her license was revoked and not having insurance on her vehicle,” almost literally ran over them both.

In order to prevent future tragedies such as this one, more must be done to support responsible pet ownership; to enact spay neuter laws; to enforce leash laws; and to fund the Durham 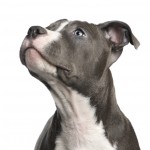 Sheriff’s department in order to help accomplish these goals. Also important here is the lesson that to be a dog owner, you must be responsible for that dog 24/7. More informed owners means fewer dogs that are able to roam into the street in front of drivers, whether or not they stop or are insured.

No doubt King’s owner, Jonathan Parker, loved him and is absolutely devastated by his hand in this tragedy. And perhaps King’s wandering into the street as a result of not being on a leash was a result of misinformation. Therefore, it is my hope that he will take this life lesson and become a more responsible pet owner in the future, and possibly even join Ms. Wilson, if she survives, in protecting pit bulls and other innocent victims in the future.

Mr. Parker is lucky enough to be recuperating at home. Ms. Wilson, however, is still in a precarious position in the hospital. Since Ms. De La Cruz was not insured and Ms. Wilson doesn’t have health insurance, Ms. Wilson’s friends have set up a fund to cover her medical expenses, and have already raised almost $40,000.

And all of this? Completely preventable by the purchase and use of one tiny leash.